Home /  Appliance Maintenance / When to Replace Your Water Heater

When to Replace Your Water Heater

For most homes, the availability of warm and running water is vital to everyday life. Whether its showers, baths and frequent hand-washing to cooking, dish-cleaning, and laundry, you need hot water. The average person could end up using warm water up to 20 times per day. When this is multiplied by each household member, you can realize the amount of water used.

In time you would realize that your water heater needs to be replaced. This could be due the strain or age of tank or the lifespan of water heaters. Most last for roughly a decade. You can prolong the life of your water heater with annual maintenance, chances are you will need the pre-existing tank replaced with a new one if you occupy a given residence which is more than eight years old. 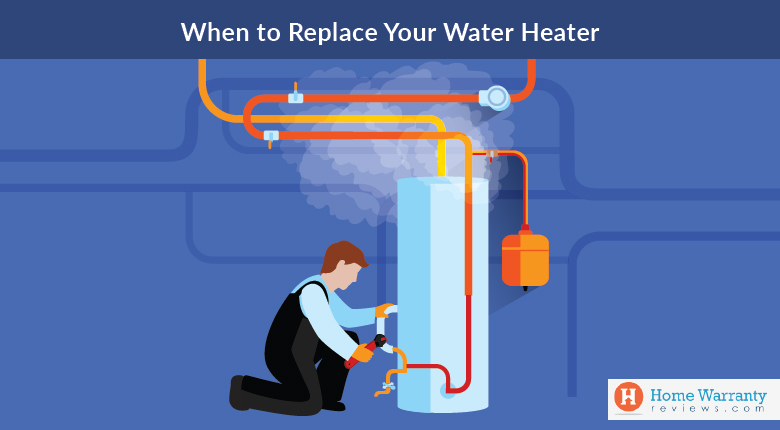 5 Reasons to Replace Your Water Heater

1. Your Water Heater is too Old 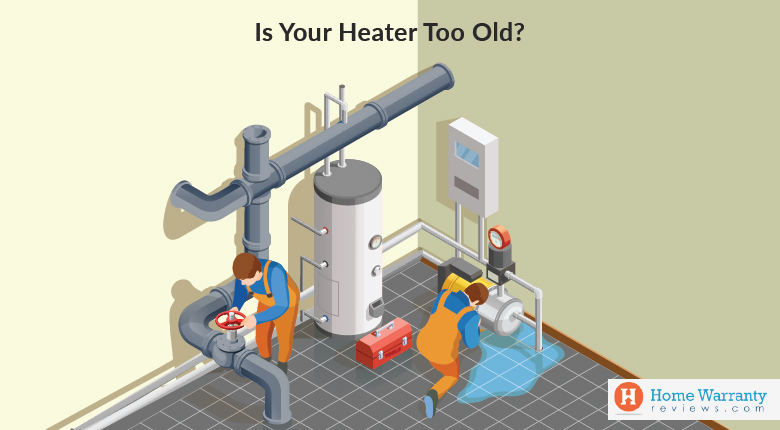 You should know that your water heater has a lifespan. There is bound to be a time that a resident is bound to replace a water heater. The problem is that most people do not know about the expiry date. This can lead to several risks when the heater starts acting up due to its old age.

Most water heaters have a lifespan of eight to ten years. Usually, ten is the age when the heater is replaced. But, the actual need to replace a heater could arise before or after this timeline. If the heater shows any symptoms, you should replace it once a decade has passed its manufacturing date. Some of the symptoms that a water heater should be replaced are if it rusting, makes noises, leaks, and failure to heat water.

Not all water heaters have a life expectancy of up to ten years. The main exception is gas water heaters which last only six to eight years. So, if you are one that has occupied a given residence for an average homeowner of eight years, there are high chances that you would be have to replace the water heater.

You can learn about the age of your water heater if you look at the serial number. This is listed on the manufacturer’s sticker that is usually found on the upper half of the tank. The number would not be in an identifiable format. It would be listed as:

Though steel is one of the strongest materials, its weakness is rust. When corrosion takes hold on a steel surface, it spreads and eats through the steel in a few spots. On water pipes and tanks made of steel, rust serves as the warning sign for oncoming leaks.

But its hard to tell if the water heater or the pipes that leads to the faucet are rusting. In both cases, rust needs to be rectified for the sanitation of your household.

When rust appears in the hot water from faucets in your bathtub or shower or even the sink then there is a chance that you have a rusty water heater. For heaters, there is an expiration date and rusting is inevitable. Rusting can happen even if the heater is between eight to ten years old.

If you spot rust around the water inlet or pressure relief valve on heater then its likely that the rust will take hold inside the tank. If that is that case then you should replace the tank immediately. There is no way you can salvage an aging water heater that rusts.

In case the tap water comes out rusty then it could be a matter of the pipes. If the pipes are galvanized pipes then the rust could form on the insides with age and since the problem gets so intense that it becomes noticeable in sinks and tubs.

One way to determine if the rust is originating from pipes or from the water tank is to drain several buckets of hot water from the tank. In case the water comes out rusty then you need to drain a third bucket and if it continues then you know that its a problem with the tank and not the pipes. This means that you should replace your water heater. Water leaks could soon appear if the rust eats into the steel.

3. Noise from the Heater

Another way to know that you need to change your water heater is if there is noise from the tank. As the heater gets older, the rumbling noise will get louder and louder as the tank heats up water. If your home consumes a lot of water then the problem would be likely to be even more pronounced once the cause takes hold. Noise from water heaters are generally based on these causes:

With the water heater aging as it is continually used to reheat water, sediment starts to form on the bottom of the tank. In time the sediments harden and grow thick along the tank floor. The sediment can wear a water heater down rapid based on these problems:

The noise that you hear is caused by the sediment buildup and it is an indicator that the tank would leak. You can stop the damage caused by sediments by the following method:

You should flush the water heater at least once annually. This drains the sediment from the tank which is then able to work more efficiently. With this tank flush, the water heater is likely to last for its full life expectancy of roughly ten years. You should work with a licensed plumber to perform the flushing. If the tank continues to make sounds after flushing then this could be a more serious problem with the overall water heater. If there is creak or a rumble despite periodic flushing then there could be a crack or leak which means that your water heater should be replaced.

4. Water Around the Heater

Main Cause of Leaks

Water leaks are the rust of expansions in the metal of the tank. These expansions occur over time as the inner body of the tank is exposed to thousands of heating cycles. When a fracture forms, the gap is likely to be small enough to hold water. When the tank lies idle, the water won’t leak and the metal expands at the height of each heating cycle and small amounts of water are bound to leak through the gap.

Water leaks are not always caused due to the result of the expansion of the metal. But in some cases, there are leaks that have occurred but it might not be a problem with the tank. If water has appeared around the tank, check the components of the water heater for signs of wetness. This could be the fittings/connections to the tank and the temperature or pressure of the overflow pipe.

If leaks are evident in those areas then there is something wrong with the fittings which means that you need to connect with a plumber to examine the issue. If the connections and fittings show no traces of leaks then the tank is at fault. You can try and rectify the problem by tightening and adjusting but tank leaks have no quick fix. So, if there is a leak from the tank then you should replace your water heater.

When it comes to a leak in your water heater then this could be a serious home maintenance issue that you are liable to face, given the occupancy at your residence. In case the heater is located within your house then it could ruin the soaked/ruined carpeting, saturated, destroyed belongings and mold stemming from the rotted water in the walls, carpeting, and floors.

This is why you should have a leaking water heater replaced immediately. A minor leak would not be quite as urgent as the heater is located in your basement or garage with no valuable belongings placed closeby but you should act soon.

Warm and hot water is essential to the running of every home. Without warm water, you cannot wash your hands or clean dishes, take showers and run your laundry machine. Most residents take warm water for granted and are put off when the water from the sink or bathtub is not sufficiently warm.

The most common reasons why the loss of heat in your water supply is due to one of three possible issues with your water heater:

While the first two problems can be rectified, but the third option would mean that you need a new heater.

In case the water from the faucets fails to reach adequate levels of heat then the problem could be due to an issue with the electrical thermostat. For problems like this, it could be a simple thermostat adjustment. In order to bring sufficient warmth to a household water system, the settings on the thermostat should be in the range of 120 to 140 degrees.

If there is nothing but cold water pours in the sink and bathtub faucets, the issue will stem from the broken heating element in your water heater. Connect with your plumber to get the repairs that you require and have the heating functions restored within a few hours. If there is a sudden loss of heating power then this would require an all-out replacement if the water heater is around eight years old.

The correlation between the loss of water heat and the need for a heater replacement is based on whether the house gets too full for the tank. If there are more members in your house now than there were last year or six months ago when the demands of your house could be exceeding the limits of your pre-existing water heater. In this case, it could be time to replace your water heater to meet the demands of the current household.

How much should it cost to replace a water heater?

How do you know if your water heater is going out?

Examine the water that comes out of the hot faucet. If it appears rusty, this signals an upcoming failure of your water heater. Look for signs of muddy water or increased sediment in the water tank. Attach a hose to the drainage bib on the water heater, turn the unit off and drain it to examine its contents.

Should I replace my water heater before it fails?

Generally, most water heaters that are more than 10 years old should be considered for replacement. If your water heater is in a location that will not cause damage if there is a leak, you can wait until it develops a leak before replacing it, but that really is not recommended.

Can a homeowner install a water heater?

Most codes or ordinances allow a homeowner to install their own water heater, and some jurisdictions allow unlicensed individuals to install water heaters, but they still must pull a permit and have it inspected for safety. It’s also a good idea to check out all the top home warranty companies out there to protect your systems and appliances. 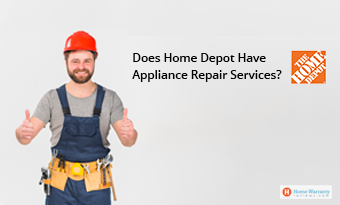 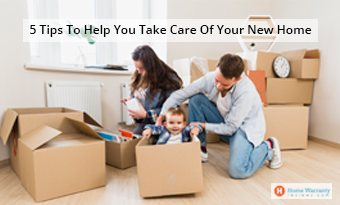 5 Tips To Help You Take Care Of Your New Home 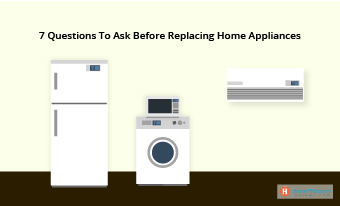