Home /  How Companies Are Ranked On Our Site

How Companies Are Ranked On Our Site

Over the years, HomeWarrantyReviews.com has managed to establish itself as the #1 consumer reviews website and the primary source for consumer research on home warranty companies. Here, we explain the process we employ to rank the various companies.

The ranking process is completely automated and we cannot alter the output of the ranking algorithm. If a company is ranked high on our site, it is purely based on consumer ratings and a few external factors as explained below. We do not favor any company based on our advertising or marketing relationship with them.

What Decides the Ranking and Rating?

First things first, what is the difference between ranking and rating?

To rank the companies on our site in a specific order, we employ a well accepted sorting formula. The algorithm we use for ranking the companies is the Bayesian Weighted Average sorting that ensures fair and unbiased results. The algorithm will also consider other external factors explained in the next section.

How Are Companies Ranked on Our Site?

While the good reviews heavily influence the ranking, companies are also evaluated on several other criteria which include:

Several hurdles are faced when a ranking is to be provided from user generated content. At times a company may achieve high ratings and ranking through cheating the system. Doing so involves posting fake reviews. Such reviews may also be used to make a fellow competitor look bad. We have tools in place meant to identify such reviews using semi-automated methods and such companies will be imposed with a ranking penalty after they are caught.

The basic strategy for awarding ratings to A, B and C as per Bayesianism would have the following steps:

Step 1: You begin with a mock (but equal) “belief” for each entity

Step 2: As the new data arrives, the value of the entity is updated

Step 3: Make use of the latest belief as the construct for sorting criterion

So irrespective of how wrong the first belief is, once the user generated data is considered, the ratings will be precise. The first step also called the prior-belief, often describes a Bernoulli’s parameter. So the best way to select a value would be to use Beta distribution.

To implement the second step, each time a good review is received, update the counter for good reviews. The prior step becomes a beta distribution with new values.

To make a belief a sorting construct, a loss function is formulated. Let’s call the loss multiple L, the up reviews U and down reviews D, the value of x, the sorting criteria can be solved using the following formula:

The value of x then decides the rating an entity gets.

Can the Rankings Be Altered?

The ranking system we use is completely unbiased and automated. The system takes the inputs available and generates a ranking, with no human interference. This means that only customers can influence the warranty providers’ ratings on our site. This rating later forms the basis of evaluation for new and potential customers. The system ensures that the companies actively make an effort to provide good service to their customers.

While star ratings are the primary criteria for ranking, we do consider the other ranking factors explained above. It is possible that you may see a company with a slightly lower ranking placed higher on the list. However, in such cases, the rating for such a company will not be significantly lower than its neighbors.

Now, you may ask why we would go through all this trouble just to provide ranking for warranty providers. The answer is simple, at HomeWarrantyReviews.com, the mission is to bring forth good specimens in an industry which is often under the scanner for all the wrong reasons. We have, over the years, realized that home warranty customers need good guidance in selecting a reputable company and that word of mouth alone is not to be relied upon. Go ahead and use our website for an enhanced home warranty buying experience.

Thank you for reading this and we sincerely hope we didn’t scare you with the Bayesian explanation. Cheers! 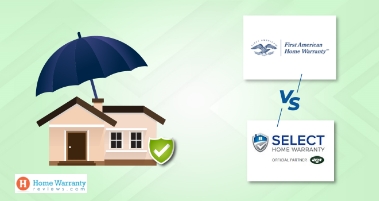 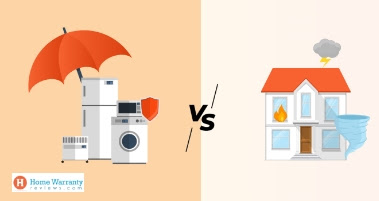 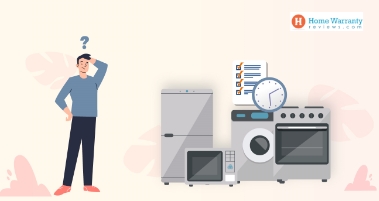 Should You Buy An Appliance Extended Warranty? 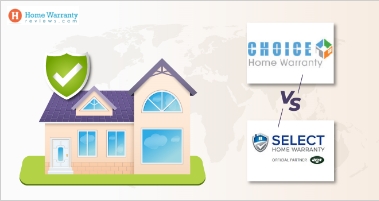 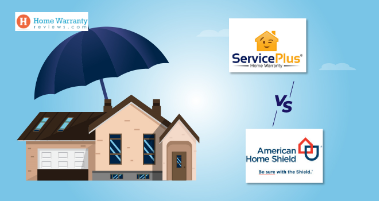