The only way we ever got HBW to pay anything on a claims for construction defects was because we had a way to avoid their arbitration process. Despite a federal law that said we didn’t have to arbitrate because we had a government backed mortgage, HBW kept trying to get us to arbitrate our dispute with the builder, with an arbitration company they mandated. If you have FHA or VA financing your lawyer needs to make use of this federal law, Title 24 of the Code of Federal Regulations, Section 203.204(g). It says “judicial resolution” has to be an option along with arbitration. I believe it also says that for FHA and VA buyers arbitration has to be at no cost to the homeowner so if you get sucked into it and it’s too late to get out it at least should not cost you extra to get hosed.

HBW was offering only part of our damages and acceptance of their offer would’ve required we give up claims against the builder for the rest of our damages. This would’ve ruined us financially as the damages were severe, with many serious defects in a brand new house.

The way most if not all these new home warranty policies work is that they protect the builder. They do little for the homeowner unless you have time to learn quite a bit about law, consumer protection, etc. This became a huge time consuming operation for us but we eventually prevailed and settled our case. By avoiding their arbitration process we were ABLE to pursue it. In arbitration we’d have probably lost or had to accept the low ball offer.

I learned a lot about warranty companies from some consumer protection groups, and my own research. First, most are not insurance and therefore are not regulated by the state insurance departments. Warranty companies are actually “Risk Retention Groups,” not insurance. Even their so-called insurance backing, National Home “Insurance” Company, is an RRG.

The contract to buy a warranty policy is between a builder and the warranty company. The homeowner rarely knows what terms these two companies have bound them to until it’s too late, for example the arbitration clause in the warranty that you don’t see or don’t realize what a trap it is, until after you’ve bought the house.

I have since seen court cases that said HBW’s arbitration clause is “unconscionable” and unenforceable, but unfortunately many other court cases said that thought it was unfair it was still enforceable. You can find many of these cases discussed online by Googling this company or its chosen arbitration company, Construction Arbitration Services.

No surprise at all to see so many negative ratings here for HBW and I suspect most similar companies have similar comments/ratings. To top it off, during our dispute, HBW still sent us letters asking us to renew their “coverage!” What a joke. Don’t think you have much protection with a home warranty. They are mostly a marketing tool to sell houses, and their coverage for the homeowner is more of a false sense of security. 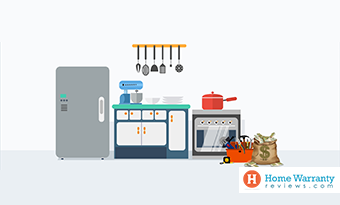 How Much Does a Home Warranty Cost? (A Complete Guide) 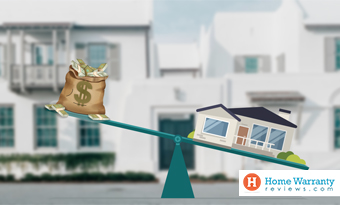 How To Decide Whether Home Warranties Are Worth It?